I was born and raised in Connecticut, on the shore of Long Island Sound, in the 1950s. As a child I spent a lot of time at the beach, even in cold weather. Both my parents were readers, so I picked up the habit early. Because there was an old typewriter in the attic, I started teaching myself to type when I was about 8. I had glimmerings even at that age that I wanted to write. My mother made weekly trips to the library, and although there was a specific children’s library in my hometown, I also started reading books from the “adult” library. I was allowed to get a library card there when I was about 10. I was already writing and submitting stories by then, but the quality was… not great, shall we say. I received a portable typewriter for Christmas when I was 11 or 12. It was useful for schoolwork, but what I really wanted it for was to write stories. I wrote some awful pastiches of Edgar Rice Burroughs’ work, and because secret agents were very much a thing in the early 1960s, I embarked on a project to write a parody of each James Bond novel. I churned out three or four of these before quitting. I kept writing though, with encouragement from some of my teachers, and made my first story sale at the age of 23, shortly followed by another.

I sold more fiction to several magazines, but my first book was, oddly enough, a children’s book, Dinosaur Dress Up, published by Tambourine Press (a division of William Morrow) in 1992. Since then, I’ve published several other books, mostly science fiction, fantasy, and horror. I’ve also ghostwritten more than a dozen works of science fiction, fantasy, memoirs, and cozy mysteries. My short story In the Conservatory was nominated for the Pushcart Prize.

I’m also an artist, and have had hundreds of drawings, paintings, and illustrations to my credit, over a freelance career spanning 50 years. I’ve designed everything from Christmas cards to tattoos. Click here to see an online portfolio of my art, design, and illustration.

My graphic novel The Endless Incident was published in 2014. In 2020 I completed the art for the first part of Deeds Unsung, a short graphic novel about the Vietnam War written by John Sorie.

I live in Rockingham County, North Carolina with my wife and occasional collaborator, novelist Grace Marcus. I also play a mean kit of drums!

Follow me on social media:
©2022 by Al Sirois. All rights reserved. 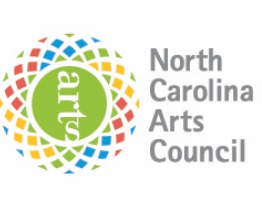